Employees who work alone, often outside of normal working hours, can find themselves in difficult situations with only their own initiative to rely on and, if something bad happens, it can be hard to get help. 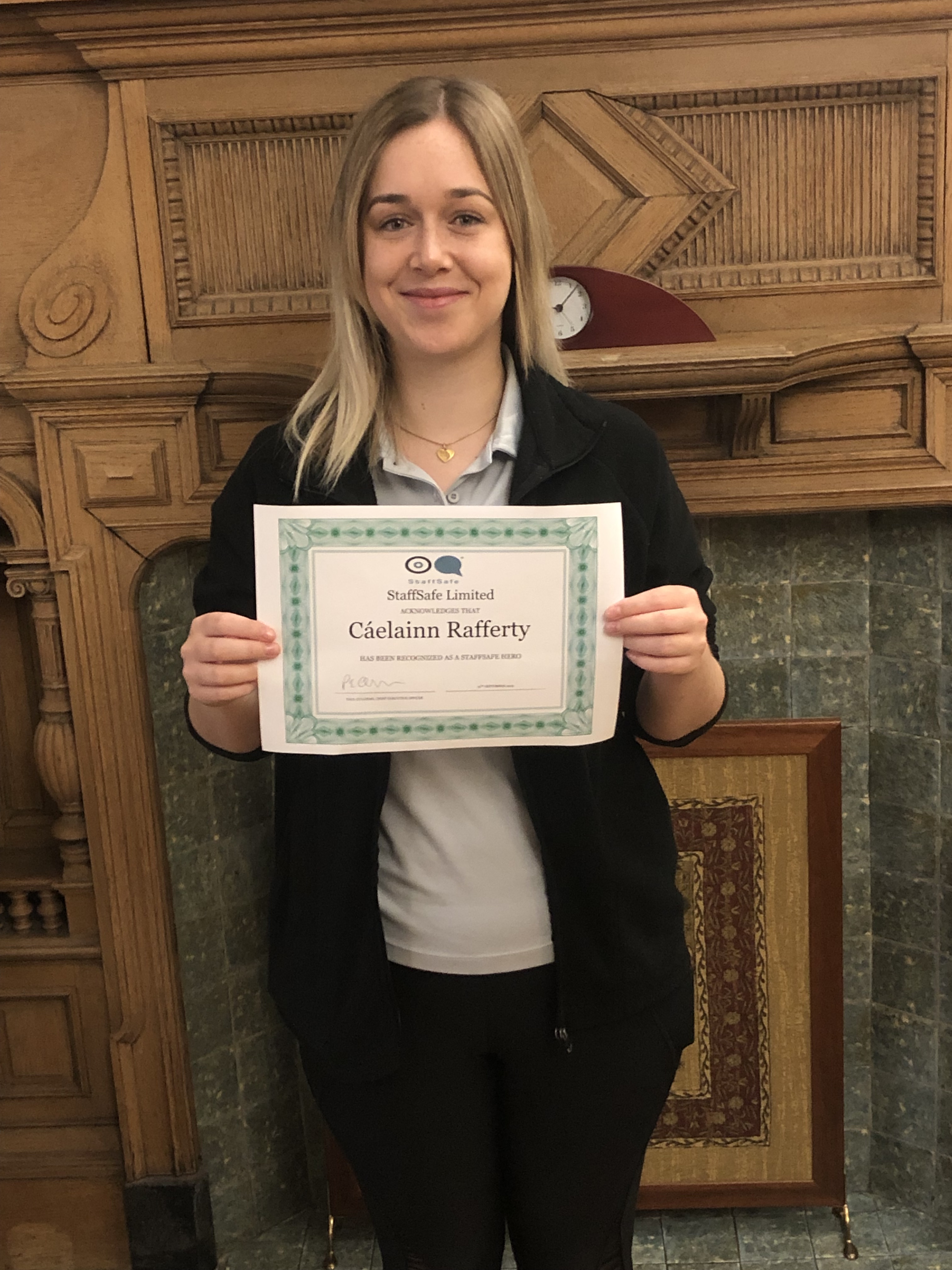 Our StaffSafe Hero for this month is senior response operator Cáelainn Rafferty who gave valuable support to a female lone worker in a high street bookmaker’s when she found herself in such a situation recently.

Cáelainn responded to a StaffSafe activation from the woman who was checking the building towards the end of her shift as part of the lockdown process. As soon as the system was activated, Cáelainn was able to start two-way verbal communication and she could see the woman via the CCTV link. She could tell immediately, from the woman’s tone and body language, that she was panicked. She had gone to check the toilets but could not get the door open and believed someone was inside.

Cáelainn assured the woman that she could see what was happening via the CCTV and that she would stay with her on the call to give her support for as long as was needed. As the situation progressed, the staff member became more and more distressed when there turned out to be a man passed out in toilet behind the door. He wasn’t responding and the employee wasn’t able to open the door to give assistance.

As the woman’s panic grew, she was becoming very short of breath and Cáelainn could see that she was very heavily pregnant. This situation was therefore clearly putting the woman and her unborn baby at risk too. Cáelainn explains:

“My main priority was to keep the staff member safe and calm by taking control of the difficult situation. I reassured her and gave her the confidence that I was going to get help for both her and the man who had collapsed in the toilet. I called for an ambulance and clearly, quickly and efficiently explained the severity of the situation to them so that they could assess and help accordingly. I also contacted the company’s security team so that they could notify the woman’s manager. To further comfort the woman, I also asked her if she would like to call someone from her mobile who could come and sit with her while she waited for the ambulance.”

The woman felt a huge sense of relief that she was not faced with having to deal with this situation on her own and thanked Cáelainn many times over before the ambulance arrived.

Cáelainn’s experience, calmness, clear communication and ability to respond appropriately were invaluable in this difficult situation. A well deserved award, and well done.