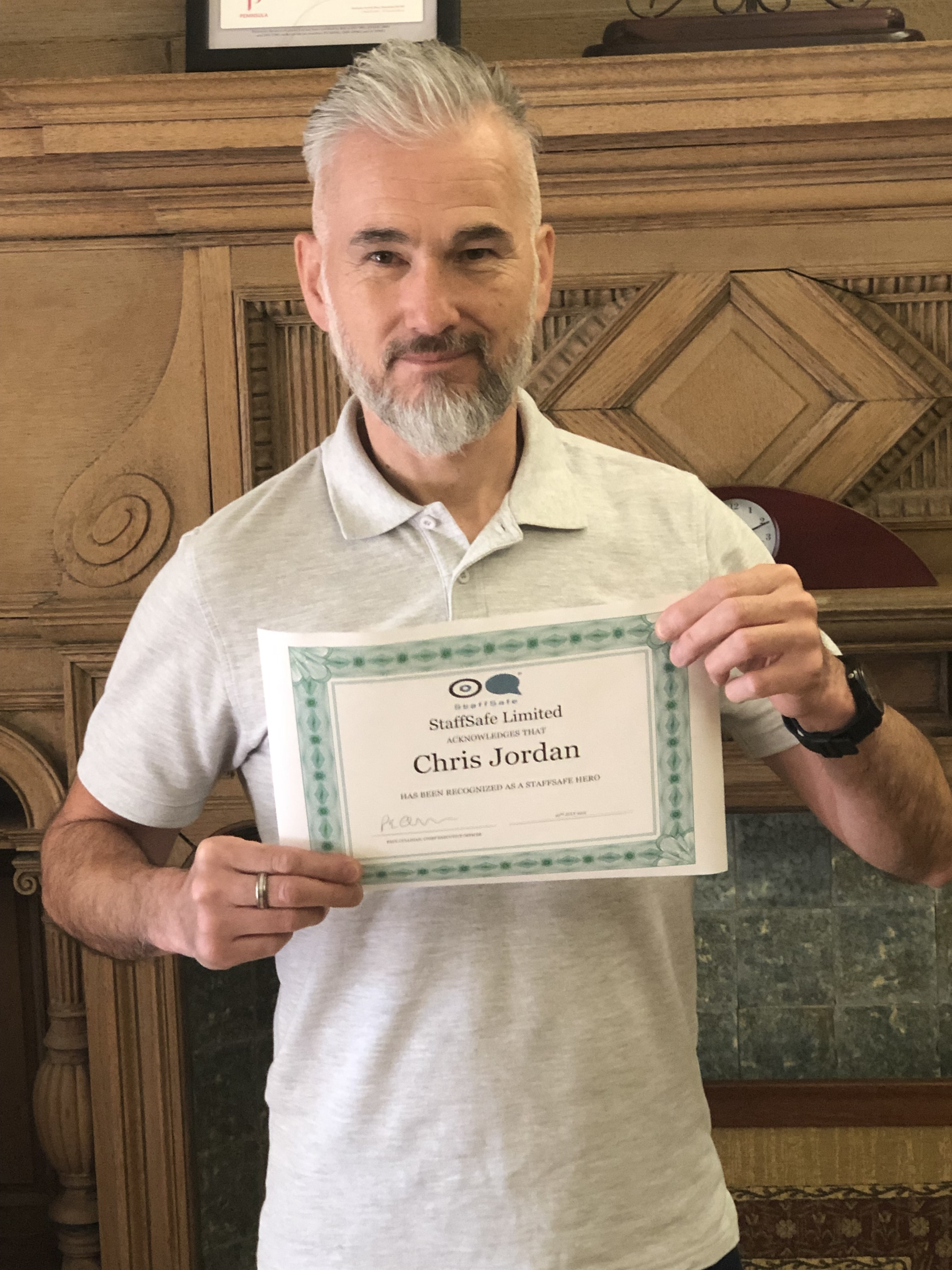 Fast food restaurants are extremely busy places where it’s vital to protect the staff and other customers against anyone who may be displaying threatening or antisocial behaviour.

And our latest StaffSafe Hero, our control room team leader Chris Jordan, recently demonstrated how, through our responsive system and his calm and effective handling of a difficult situation, he successfully did just that by supporting a staff member and potentially saving a life in a leading brand’s fast food restaurant…

Chris tells us what happened:

‘The duty manager of the fast food chain restaurant activated a call which I picked up on a Saturday afternoon. They described to me a disturbance that was going on involving two drunk young women on their premises. Through our technology linking the store in two-way communication to our call centre, I quickly identified the young women on the CCTV and read out an initial warning script over the tannoy, so attempting to remove the threat in the first instance.

Being a Saturday afternoon, the restaurant was very busy, including families with young children. And I could see that the volatile behaviour being displayed by the two inebriated young women was clearly alarming other customers and staff as well as disrupting business.

One challenging aspect of this call was just how quickly the incident was unfolding during my intervention. I identified that the offenders were young and under 18 and, as they did not respond to my instruction to leave, I initiated a 999 call to the police.

While I was calling the police, one of the young women ran out of the restaurant, leaving her companion on the premises who suddenly became very unwell. She was staggering around the restaurant among the customers and collapsing to the floor. This prompted me to request additional ambulance attendance from the police controller.

Throughout the incident, the StaffSafe® audio call remained live along with live CCTV streaming. Once, all the relevant information had been passed to the police control in real-time, I continued to liaise with the restaurant duty manager, offering advice and support. At one point the inebriated young women vomited as she was lying on her back, and I was able to support staff on site in administering first aid, helping to place her in the recovery position and ensure her airway was clear. Once police officers and paramedics arrived on site, I thanked the staff members for their cooperation and response to my various instructions.

In turn, the duty manager thanked me for my intervention, support, guidance and instruction offered throughout the incident.”

Well done Chris, from all at StaffSafe: What had initially started out as an antisocial behaviour incident, quickly developed into a medical emergency. It required close liaison between myself and staff members on site to safeguard the young woman’s welfare, while reassuring customers and staff.